Representatives of Tashkent Branch of Plekhanov Russian Economic University  of Economics took part in the award ceremony of the best scientists of the Republic of Uzbekistan “Scopus Award 2019” and International scientific forum “Research transformation: Global outlook”.

In the framework of the implementation of the Strategy of Action in five priority areas of the development of the Republic of Uzbekistan from 2017 to 2021, there fulfilled a certain work in the higher education system on the issues of stimulating scientific and research, and innovative activities, creating effective mechanisms for introducing scientific and innovative achievements into practice. 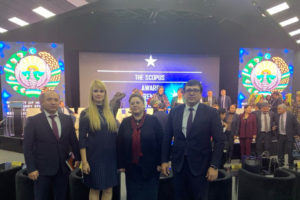 There conducted comprehensive work on interaction with the largest research and analytical company Elsevier, the scientific data of which are used to compile analysis of the development of the countries of the world and scientific indicators are one of the key growth indicators. Existing Global Indexes (GII, GCI), along with university ratings, and leading analytical centers IN 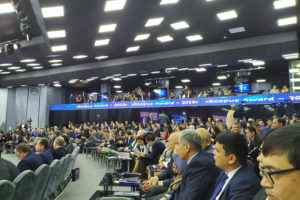 SEAD, UN Analytics, Word bank and others use analytical information on the status of science in the country provided by the Scopus (Elsevier) analytical platform.

Over the past 5 years, scientists of Uzbekistan have published 3.582 scientific articles in cited international scientific journals of Scopus database, the results of which are in demand for implementation in various sectors of economy of the country.

International Scopus Award is an objective indicator of achievements of scientists. Contribution of an individual author to the development of national science is measured by the number of published scientific articles and their citation in international journals and excludes subjective assessment.

Scopus Award was first presented in China in 2004. And since then, prizes to the most published and cited authors have been awarded in Latin America, Asia, Europe, India, and Russia.

Thanks to this award, it is possible to find and identify prominent Uzbek scientists who publish their scientific achievements in international highly rated scientific journals.

International Scientific Forum “Research transformation: Global outlook” was planned as part of the event, with the participation of the leaders of international rating agencies, university ratings, and experts in the sphere of scientific research.

Opening of international conference at the Branch