Academician of the Academy of Sciences of the Republic of Uzbekistan Abdurakhmanov K.Kh. took part in scientific-theoretical conference “Development of country’s economy and further increase in well-being of the people in the works of the President of Turkmenistan Gurbanguly Berdimukhamedov”. 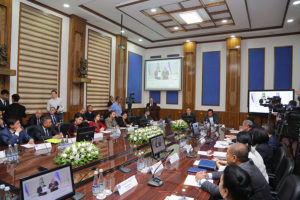 On November 4, 2019 the event was organized by Tashkent State University of Economics.

In the framework of scientific-theoretical conference, academician Abdurakhmanov K.Kh. made a report. Topic of the lecture: book of the President of Turkmenistan Gurbanguly Berdimukhamedov “Happy Age of Arcadag” in his work “Socio-economic well-being of Turkmen people, prospects for increasing country’s international status”. 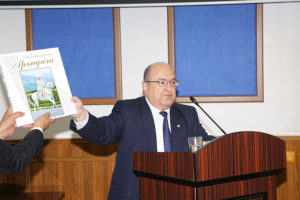 Conference discussed socio-economic processes in the work of the President of Turkmenistan, gradual reforms in development of the regional economy, as well as a scientific explanation of comparative approaches to the analysis of key statistical indicators. 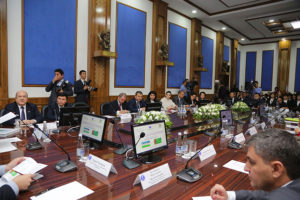 Holiday Events at the Branch

An invaluable strategic resource, “gold fund” of the country

Conference of employees and students of the University