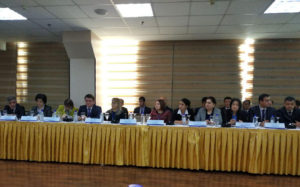 Academician of Academy of Sciences of the Republic of Uzbekistan Abdurakhmanov K.Kh. attended the meeting with a report on the topic: “Population census: a clear look at the future”. In his report Academician Abdurakhmanov K.Kh. noted the importance of population census and underlined that reliable information on population of the Republic of Uzbekistan and its well-being is the most important basis for the development of long-term forecasts and state targeted programs for social and economic development, creation of new jobs and employment, formation of indicators of national sustainable development goals, studying the processes of placement and use of labor resources, as well as conducting research. 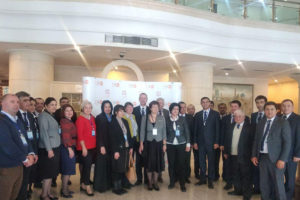 At the same time there emphasized that in accordance with the roadmap of Academician Abdurakhmanov K.Kh. there taken measures jointly with the United Nations Population Fund in the Republic of Uzbekistan, which are organized as part of the program “Increasing National Research Capacity in the sphere of population and development of demographic potential in the country. In this direction, programs for training scientific and pedagogical workers and introduction of the discipline “Demography” in the scientific and pedagogical process are being improved.

Academic Council of the University

Implementation of international academic programs at the Branch