In Plekhanov Russian University of Economics, a meeting of the Academic Council was held, at which they discussed the key directions of the university’s development within the framework of the Year of Science and Technology.

It was attended by the head of the Tashkent branch, academician of the Academy of Sciences of the Republic of Uzbekistan Abdurakhmanov K.Kh., representatives of the management of the Branch. 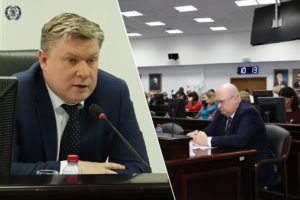 Opening the meeting, Rector Ivan Vasilyevich Lobanov focused on the need to integrate the scientific and educational activities of the university.

Plekhanov Russian University of Economics will hold the Year of Youth and School Science in areas that meet the development of end-to-end technologies and the priorities of the country’s scientific and technological development. In order to stimulate talented young people to create and develop digital projects at the university, the rector initiated a competition for grants for all levels of education – students of the lyceum and colleges, students of the head university and branches. For each group of students, ten grants are provided for a total of 2 million rubles.

In the Year of Science and Technology, the university has planned a number of scientific events, information about which will be posted and updated in a special section of the university website. Also at the meeting, they announced the creation of scientific laboratories, which will be managed by recognized scientists, identified a list of work areas and tasks for each laboratory. The Academic Council considered candidates for the positions of heads of departments. Yuri Vladimirovich Lyandau was elected the head of the base department of the “Captains” charity fund for support of educational programs “Innovation management and social entrepreneurship”.

Leonid Alekseevich Popov became the head of the department of hospitality, tourism and sports industry.

Director of the Center for the Development of the Digital Ecosystem Mikhail Vladimirovich Nachevsky presented a new service for supporting student digital projects “IT Community”. It was created to attract investment, develop student scientific and technical entrepreneurship, build project teams and commercialize digital products and services. Now the list of projects for students is being formed; in the future, the platform will be available for all students in Russia.

The Branch team in the brain-ring intellectual game