The Branch held a seminar on topical issues of combating corruption in higher education in the framework of state program “Sphere without corruption”, with the participation of head of scientific and educational Center for combating corruption and crime prevention at Academy of Prosecutor General of the Republic of Uzbekistan Bakhodir Ismailov.

This seminar was organized in accordance with approved Roadmap for students and staff of PREU in Tashkent. 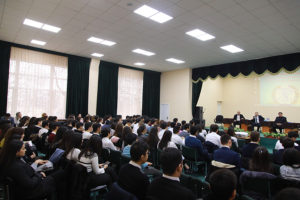 Opening the seminar, director of PREU in Tashkent academician Abdurakhmanov K.Kh. noted that “… today corruption is one of the most dangerous phenomena not only for public life, but also for public administration. It harms country security and is a great threat to national interests of Uzbekistan. ” 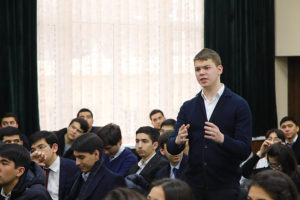 In his report, the head of Scientific and Educational Center for Combating Corruption and Prevention of Crimes of Academy of General Prosecutor of the Republic of Uzbekistan B. Ismailov emphasized that corruption crime threatens not only state system and economic development of the republic, but also generates distrust of population in management departments. Therefore, control and fight against corruption should be carried out both at legislative level and on the part of population, media and public institutions. 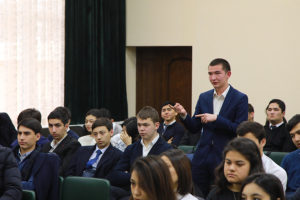 Also, it should be noted that leadership of PREU in Tashkent conducted regularly preventive measures to ensure anti-corruption actions in the framework of events, seminars, round tables with participation of specialists. 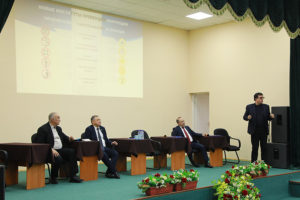 A set of rules of ethical behavior has been developed and published on official website of the branch, a virtual form of appeal is available online for students, brochures and prospectuses on anti-corruption topics are regularly developed and distributed.