On November 16-18, 2019, curatorial hours devoted to state symbol embodying honor and pride of people of Uzbekistan were held in all academic groups of Plekhanov Russian University of Economics in Tashkent and one of them is State Flag.

After gaining independence, on the initiative of the President, on November 18, 1991, the law “On State Flag of the Republic of Uzbekistan” was adopted. 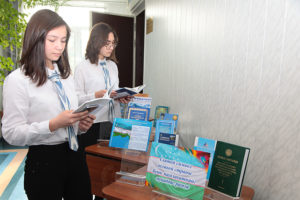 It states that national flag is a symbol of state sovereignty.

For twenty-eight years our State flag has been waving during official visits by delegations of the Republic of Uzbekistan to foreign countries, at entrance to embassies of our country abroad and at representative offices in international organizations, international forums, world exhibitions and sports competitions, at all official buildings of the country.

When the athletes of national team enter sports arena with the state flag in their hands and wave it at the moment of triumph, our hearts are filled with pride. 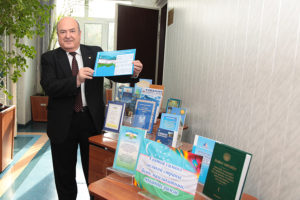 Academician of Academy of Sciences of the Republic of Uzbekistan, head of the Branch, Abdurakhmanov K.Kh. and curators of academic groups spoke with students about it. Students prepared presentations where they said that flag of our state created on the basis of historical values ​​and symbolizing our past, present and future, represents a huge national power, high intelligence and willpower. 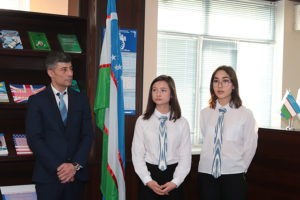 According to invitation of Uzbekistan TV and Radio Channel, a representative of Tashkent Branch of PREU, head of International Economics department Doctor of Politics, Professor Sh.G. Goiybnazarov gave an interview to television and radio channel. The Branch’s scientist told the story of adoption and approval of State Flag, revealed the essence of the Law “On State Flag”, on symbols and meanings of colors, on procedure for establishing and using symbols and elements of State Flag and forming a respectful attitude towards the flag. He also called on youth to take care of State symbols. 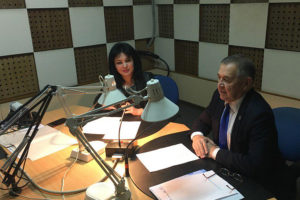 In his interview to the television and radio channel Prof. Goyybnazarov Sh.G. emphasized: “… The national flag of the Republic of Uzbekistan is the national symbol of our great past, glorious present and bright future.

Thanks to great attention paid to upbringing and educating youth in the country, ranks of young people are expanding who are able to defend adequately honor of Motherland in international scale. The flag of the country is especially high in honor of sons and daughters who achieve victories in sport competitions at various levels. In such moments, a feeling of love for Motherland is awakening in our hearts even more, faith in enormous potential of our people, our future is being strengthened. ”

Cultural and educational project in action