Tutorial hours devoted to the 27th anniversary of adoption of the Constitution of Uzbekistan were held in all student groups.

On these holidays, tutorial hours devoted to the 27th anniversary of the adoption of Constitution of Uzbekistan were held in all academic groups at Tashkent Branch of FSBEI of HE “Plekhanov Russian University of Economics”. Students prepared informative presentations and reports in which there presented features of the Constitution of the Republic of Uzbekistan. 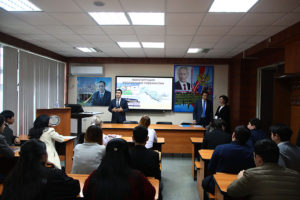 As part of tutorial hours, presentations and reports were presented on the following topics: 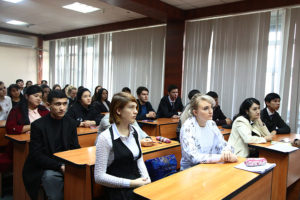 From the first to the last article, Constitution of the Republic of Uzbekistan is permeated with the idea of ​​independence and is based on the achievements of international community in the field of human rights, on democratic gains. The Basic Law of vital activity of the country and people of Uzbekistan, which embodied the will, spirit, public consciousness and culture of the nation, as an important political, legal document, was a kind of evidence of the emergence on world map of a new sovereign state – the Republic of Uzbekistan.

Teachers and mentors – guides of peace and prosperity!