A round table discussion on the topic: “The role of the Constitution in the life of youth” gathered students of different courses in the conference hall of Tashkent Branch. 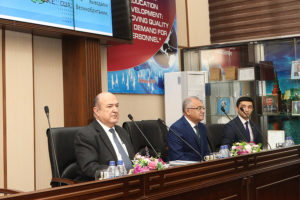 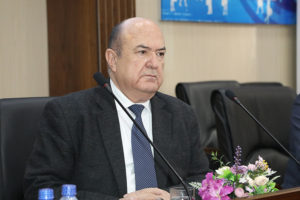 Welcoming the participants of the round table, academician of the Academy of Sciences of the Republic of Uzbekistan, head of the Tashkent branch of Plekhanov’s Russian Economic University Abdurakhmanov K.Kh. noted that “… The Constitution of the Republic of Uzbekistan is a strong support and legal guarantee of social development, a bright symbol of the independence of our Motherland. Its adoption became one of the most important stages of the country’s sovereignty. The Basic Law laid the foundation for ensuring human rights and freedoms, peace and harmony in society, the implementation of large-scale reforms in the political, economic and social spheres. I would like to emphasize that in the Tashkent branch we hold round tables, as well as events such as the quiz “Who knows the Constitution better?” and several others on a regular basis. And the student youth and the teaching staff are always actively involved in them. And all this helps young people to realize the main thing, the Constitution of Uzbekistan is the unity of domestic state-legal, spiritual and cultural needs and world experience of sustainable constitutional self-development. “ 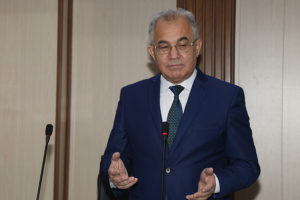 A.Kh. Saidov, First Deputy Speaker of the Legislative Chamber of the Oliy Majlis of the Republic of Uzbekistan, took part in the round table. In his speech, he pointed out that “… the role and place of the Constitution in the life of young people is fundamental and paramount. It serves as a solid legal foundation for the consistent development of social relations and determines the vector of interaction between a citizen, society and the state. The 28 years that have passed since its adoption have shown that it has progressively determined the legal parameters of the political and legal system, government and government bodies, and the development of civil society institutions. “

Saidov A.Kh. also told the students about how the work on the preparation of the Basic was carried out. He also donated his new fundamental book “History of the Constitution of Uzbekistan” to replenish the library fund of the Tashkent branch of the PRUE. G.V. Plekhanov, stressing that the students of the branch will always have the opportunity to touch the history of the creation of the Basic Law-Constitution of the Republic of Uzbekistan. 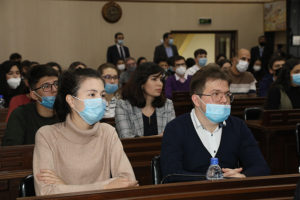 In accordance with the Round Table Program, members of the Youth Parliament at the Legislative Chamber of the Oliy Majlis also took part in its work. 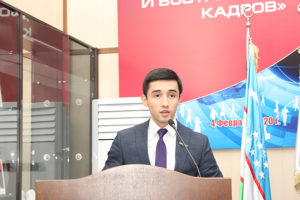 Speaker Murodov Nodirbek who is a member of the Youth Parliament under the Legislative Chamber of the Oliy Majlis of the Republic of Uzbekistan spoke on the topic: “The role of the Constitution in the life of the youth of Uzbekistan”.

The round table was attended by representatives of educational institutions of the Mirzo-Ulugbek district of Tashkent – schools No. 71A and No. 289, who were invited to the Tashkent branch pursuant to the Resolution of the President of the Republic of Uzbekistan No. PP-4884 “On additional measures to further improve the education and training system.”

As part of the event, an exchange of views took place, and students asked questions to the speakers of the Round Table.

At the end of the event, on behalf of the management of the Tashkent branch guests, participants and speakers were presented with gifts.

Awarding winners of the quiz

Open Doors day at the branch