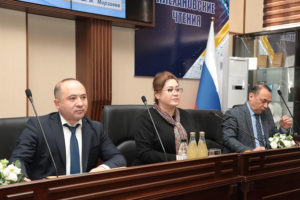 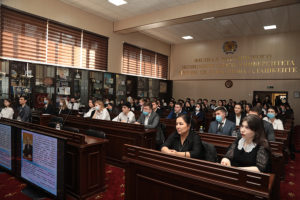 Organizers of the conference are Council on Science and Innovations, Department of Economic Theory and “Economist” students’ scientific club together with Dean’s office of Faculty of Economics and Business.

Department of Economic Theory sets itself strategic objectives for continuous development of modern interactive teaching methods based on the use of digital technologies. Within the framework of “Economist” scientific club, events are regularly held in the format of scientific conferences, round tables, business games, etc. Since 2015, total number of participants in annual student scientific and theoretical conference “Actual issues of economic science” was more than 500 students, more than 100 students reported on the results of their scientific research. More than 300 students took an active part in business and role-playing games traditionally held for of 2nd, 3rd and 4th year students. 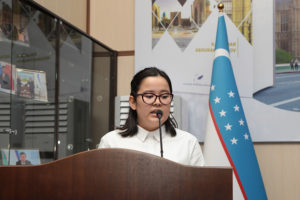 Students of Tashkent branch of Plekhanov Russian University of Economics is attracted by directions of scientific research of Department of Economic Theory, by participating in which they acquire knowledge, skills and abilities necessary for effective professional activity. 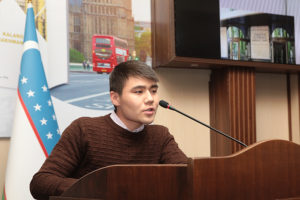 Topics of reports of participants of Vth annual student scientific-theoretical conference “Actual issues of economic science” reflect priority directions of economic development and scientific research in the framework of the roadmap of academician of Academy of Sciences of the Republic of Uzbekistan Abdurakhmanov K.Kh.

Students presented results of their scientific research, demonstrated their knowledge, skills and abilities of research work and public speaking, active citizenship and loyalty to the ideals of Motherland.

Summing up the conference, the following best reports were awarded with valuable presents and certificates:

Makhmudov Kh. (group 0303) “The role of competition in modern economy”;

Maslenko A. (group 0301) “State support for small business and private entrepreneurship in the context of COVID-19 pandemic”;

Odilov D., Shukurullaev Zh. (group 0309) “Foreign trade balance of payments as an instrument of anti-crisis policy of the state”;

Khashimkhanova N. (group 0303) “The sphere of science and education as a factor of innovative economic growth”;

Yakhshiboeva D., Azimova K. (group 0305) “Methodological foundations of the concept of sustainable development of the Republic of Uzbekistan.” 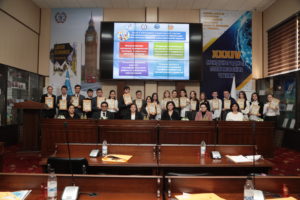 In the process of organizing and holding conference, effective conditions were created for development of student creativity and support for talented young people taking steps into science.

Navruz is a holiday of spring!

Students of the Branch at “Startup Factory” competition