In celebration of the 28th anniversary of the adoption of the Constitution of the Republic of Uzbekistan in Tashkent Branch of Plekhanov Russian University of Economics, a traditional football tournament was held between the first-year students of the Branch.

Sports events were organized as part of the implementation of the five most important initiatives of the President of the Republic of Uzbekistan Shavkat Mirziyoyev in the social and spiritual and educational spheres, in particular, the second initiative – physical conditioning of young people, creating the necessary conditions for doing sports. 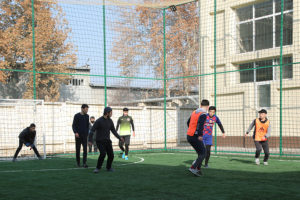 All matches were held in an exciting and interesting struggle. Students competed for the possession of the prestigious challenge Cup of the rector of the Tashkent branch of Plekhanov Russian University of Economics, academician K.Kh. Abdurakhmanov.

The students were divided into 2 groups, three teams each. The teams that took the first places in the group went to the final of the competition, and the second teams played for the third place. After the most interesting meetings, the teams of groups 0308 and the united team of groups 0305 and 0306 reached the final.

Football competitions were held in an exciting and interesting struggle. It was felt that the students missed the outdoor competition. 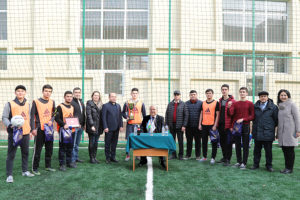 The final match of the football tournament took place on December 5. The team of students from group 0308 became the winners.

The award ceremony was attended by the management, curators and students of the branch. The winners received a challenge Cup, certificates and valuable gifts. 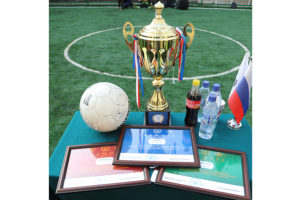 Head of the Branch, Academician of the Academy of Sciences of the Republic of Uzbekistan Abdurakhmanov K.Kh. in his address to the student team, he noted that “… in the Tashkent branch of Plekhanov Russian University of Economics, various events are regularly held aimed at popularizing a healthy lifestyle among university students. The Branch students also actively participate in various sports competitions. Health is an opportunity to fully study, work, rest, perform the functions inherent in a person, and a physically strong and mentally healthy, smart, ducated, intellectually developed young generation contributes to social progress. “

Events at the Branch!

Memory – to the fallen. Honors – to alive!