On December 29, 2020, Tashkent branch hosted a presentation of a new scientific publication by academician of Academy of Sciences of the Republic of Uzbekistan Abdurakhmanov K.Kh. “Labor Economics. Theory and Practice” published in the Republic of Indonesia.

A large-scale scientific event was held in online format and a dialogue between scientists of Uzbekistan and scientific community of Indonesia took place in a live video link. 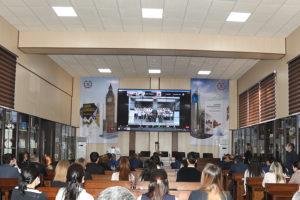 From Indonesian side the presentation was attended by leadership of Gunadarma University, faculty and scientists of Indonesia.

Opening the event Rector of the Gunadarma University(Indonesia) Prof. Eco Sri Margianti noted “… this large-scale scientific event was organized within the framework of a long-term successful scientific dialogue, as well as implementation of signed Cooperation Agreement between Gunadarma University and PRUE in Tashkent, which provides for bilateral cooperation between universities in the sphere of research, exchange of teachers and scientists for conducting scientific research and consultations, organizing joint conferences, seminars, symposia, discussing projects and programs of mutual interest and publishing joint scientific papers ”. 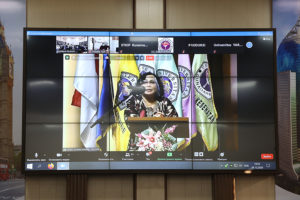 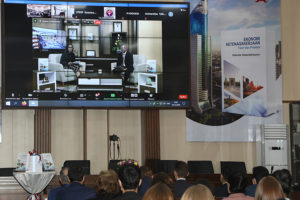 In his address to the participants of the event Academician of the Academy of Sciences of the Republic of Uzbekistan head of PRUE in Tashkent Abdurakhmanov K.Kh. stressed that “…2020 coronavirus pandemic has caused serious damage to the global economy, causing a decline in cooperation in various fields. On the other hand, the spread of pandemic has accelerated transition to digital transformation of the economies of developed and developing countries. … In current conditions of new realities, we have already created a digital platform with our international partners and today’s presentation held in the format of conference is a vivid confirmation of this. 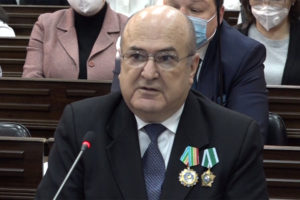 Dear participants of the event, we all know that the President of our country Mirziyoyev Sh. M. pays a special attention to science and education and creates all conditions for training highly qualified specialists for higher education system, lays a solid foundation for sustainable economic growth. In this regard, fruitful cooperation of higher educational institutions of Uzbekistan with international universities has a great importance. An urgent direction is development of joint educational programs, preparation and publication of scientific articles and textbooks with our international partners.

I would also like to note that 2020 has become a significant year for our university. This spring, PRUE in Tashkent celebrated its 25th anniversary. After receiving a new complex of buildings and its reconstruction, the university is ready to develop and strengthen new areas of cooperation. “ 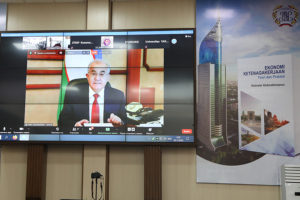 First Deputy Speaker of Legislative Chamber of the Oliy Majlis of the Republic of Uzbekistan Saidov A.Kh. noted in his video message that published textbook examined the issues of labor economics and evolution of economic views of eastern thinkers, process of attracting and using labor, new forms of employment, labor market, economics of social and labor relations, level and quality of life of population, strategy of decent work in innovative conditions of digital economy …

Deputy Minister of Employment and Labor Relations of the Republic of Uzbekistan Umurzakov B.Kh. emphasized in his address to the participants of the event that K.Kh. Abdurakhmanov’s textbook aroused great interest among scientists from different countries. This is due to the fact that the economy of Uzbekistan is currently one of the most dynamically developing in region and is increasing its position in international rankings. The country is actively working to attract investment, creating necessary conditions for investors. 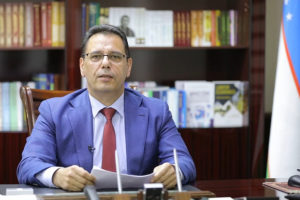 Large-scale reforms initiated by the President of Uzbekistan Shavkat Mirziyoyev have created a favorable climate for business development in the country, reduced inequality, increased productivity and achieved long-term sustainable growth. It was noted in the address of Rector of Tashkent State University of Economics K. Sharipov.

“That is why the experience of Uzbekistan in sustainable human development, priority attitude to scientific and technological progress, innovative and information technologies, training of highly qualified and comprehensively developed personnel, their comprehensive support and new forward-looking initiatives in the field of education and upbringing attract attention from many countries and their scientific communities” – Rector of University of World Economy and Diplomacy K. Karimov noted in his address. 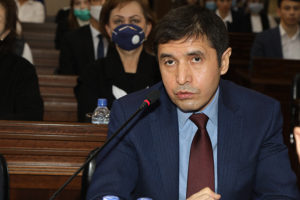 At the end of the event, words of gratitude were expressed to Professor E. Margianti – Rector of Gunadarma University and the whole staff of the University for their great contribution and active work aimed at developing fruitful scientific dialogue between scientists from Uzbekistan and Indonesia. 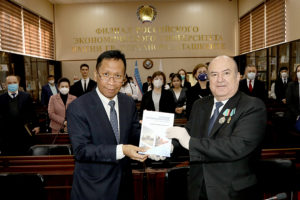 With a great scientific interest we carry out various activities in conjunction with universities of Indonesia, since it is very important for the university to work constantly to expand scientific horizons and push intellectual boundaries. The Embassy of the Republic of Uzbekistan in Indonesia and the Embassy of Indonesia in Uzbekistan provide great assistance in strengthening bilateral cooperation. We, scientists of PRUE in Tashkent regard such events as the result of joint scientific cooperation, which, in its turn, confirmed that our successful scientific cooperation is steadily strengthening and confidently moving along the path of its further development. 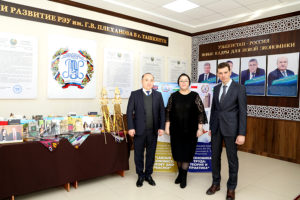 Celebrations at the Branch

Poems of Navoi at the Branch

The role of the Constitution in the life of youth