In honor of the 579th anniversary of the birth of the great Uzbek poet Alisher Navoi cultural and educational event “Poetry Holiday” was held at PREU in Tashkent. Its organizers were activists of the Branch Youth Union and members of various student groups. 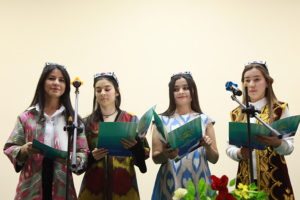 The event was held as a part of the Roadmap of PREU in Tashkent on implementation of Five Initiatives put forward by the President of the Republic of Uzbekistan Sh. Mirziyoyev in accordance with the Work Plan of the Council of Curators. Students of various courses, under the guidance of tutors and members of Youth Union of the university, took an active part in its preparation. Poetry events organized with the assistance of Information and Recourse Center are a continuation of the whole cycle of cultural and educational events dedicated to the work of famous poets and writers, which are regularly held in our university. Cultural and educational event “Our world is brighter with his name” dedicated to studying literary work of Alisher Navoi aroused great interest among students. 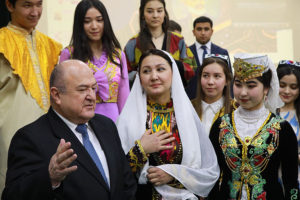 The youth project, which is organized by joint efforts of students of PREU in Tashkent and State Institute of Arts and Culture of Uzbekistan, is aimed at widely promoting among students the interest in music, theater, and reading literature. Leadership of the Branch, teaching staff and students – main organizers and participants of poetry holiday gathered in large hall of the Branch. Students recited poems of the great poet in Uzbek and Russian, performed song compositions. They showed parts and scenic sketches from literary works. 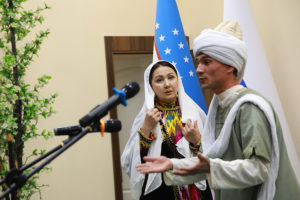 As representatives of branch management noted in their speeches, “…name of Alisher Navoi is today among the greatest names of world artistic thought. Spiritual heritage left by enlightened ancestor has entered treasury of world culture is an example of wisdom and beauty of life, clothed with clarity of his thoughts and words, since it has been relevant for centuries to all peoples. Alisher Navoi is a brilliant poet and scientist, musician and artist, statesman and politician, patron of arts, science and literature, one of the most cultured people of his time, the founder of Uzbek national literature. ”

It should be noted that arriving in Moscow delegation of representatives of PREU in Tashkent, despite busy work schedule, finds time to come to the monument of the great Uzbek poet in the park on Dobryninskaya Square in Moscow in order to do honor to Alisher Navoi. 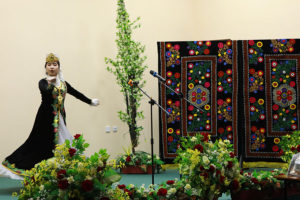 Students of State Institute of Arts and Culture of Uzbekistan invited specially to the event performed national poppies – vocal and instrumental suites based on the works of great poet. 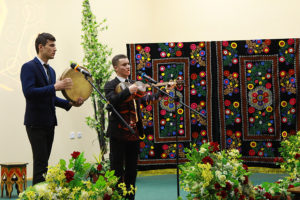 In preparation for the event, students learned a lot of interesting things about the life and work of Navoi and about the life of people of that era in general. 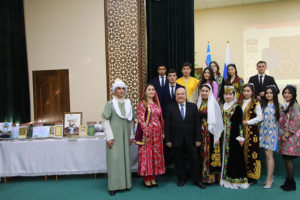 Representatives of the Branch at scientific and practical seminar

PRUE 115 years: scientific discussion about the challenges of economy in the 21st century