In the Tashkent branch an event was held for students “Uzbekistan – UN, 29 years of cooperation!”, Dedicated to the 29th anniversary of the entry of the Republic of Uzbekistan into the United Nations. The organizers of this event were the Council for Spirituality, Education and Work with Youth, the Faculty of Digital Economy and Finance, the Department of Foreign Languages and Humanities.

A film about the structure and history of the UN creation was shown at the event, and it was also noted that the United Nations is the most authoritative structure created to ensure peace and security on Earth, and to develop interstate cooperation. Each state that has become a member of the UN complies with the obligations stipulated in the UN Charter, which reflects the basic principles of international relations and consists of international treaties.

Uzbekistan became a member of the UN on March 2, 1992. On October 24, 1993, a UN office was opened in Tashkent, and a permanent mission of the Republic of Uzbekistan also began its work at the UN. 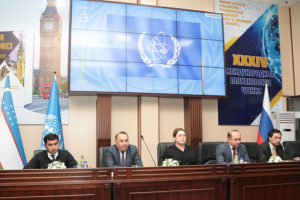 Our country, as an equal member of the UN, strictly adheres to the goals and provisions of the UN, and as a state with its own voice and status, puts forward extremely important and relevant initiatives concerning the activities of the UN. Over the past four years, Uzbekistan’s cooperation with the UN has risen to a completely new level. Special attention is paid to human rights, ensuring the rights of women and youth of the world, deepening the integration of our region into global economic transport and transit corridors, establishing peace and stability in Afghanistan, as well as such topical issues as the problem of the Aral Sea, eradicating poverty and fighting poverty. 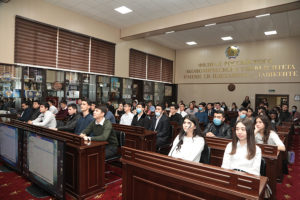 It was concluded that cooperation between Uzbekistan and the UN will consistently continue. In order to put forward new initiatives and joint projects, Uzbekistan is implementing a “road map” for the further development of mutual cooperation with the UN, the full implementation of the tasks of this act will serve to raise the relationship of our country with the UN to a new level.

Academic Council of the University

Lectures by specialists of the head university